Just like her father, Sandra Pannekeet grew up in a family where her dad ran his own company: JASA. A lot of her childhood memories are intertwined with packaging company JASA, still called PMT back then. "I remember the family vacations," Sandra says. "I would be coloring in the canteen until my father was done doing business. I've seen the inside of a lot of customers canteens and luckily all the coffee machines had hot chocolate", she laughs. 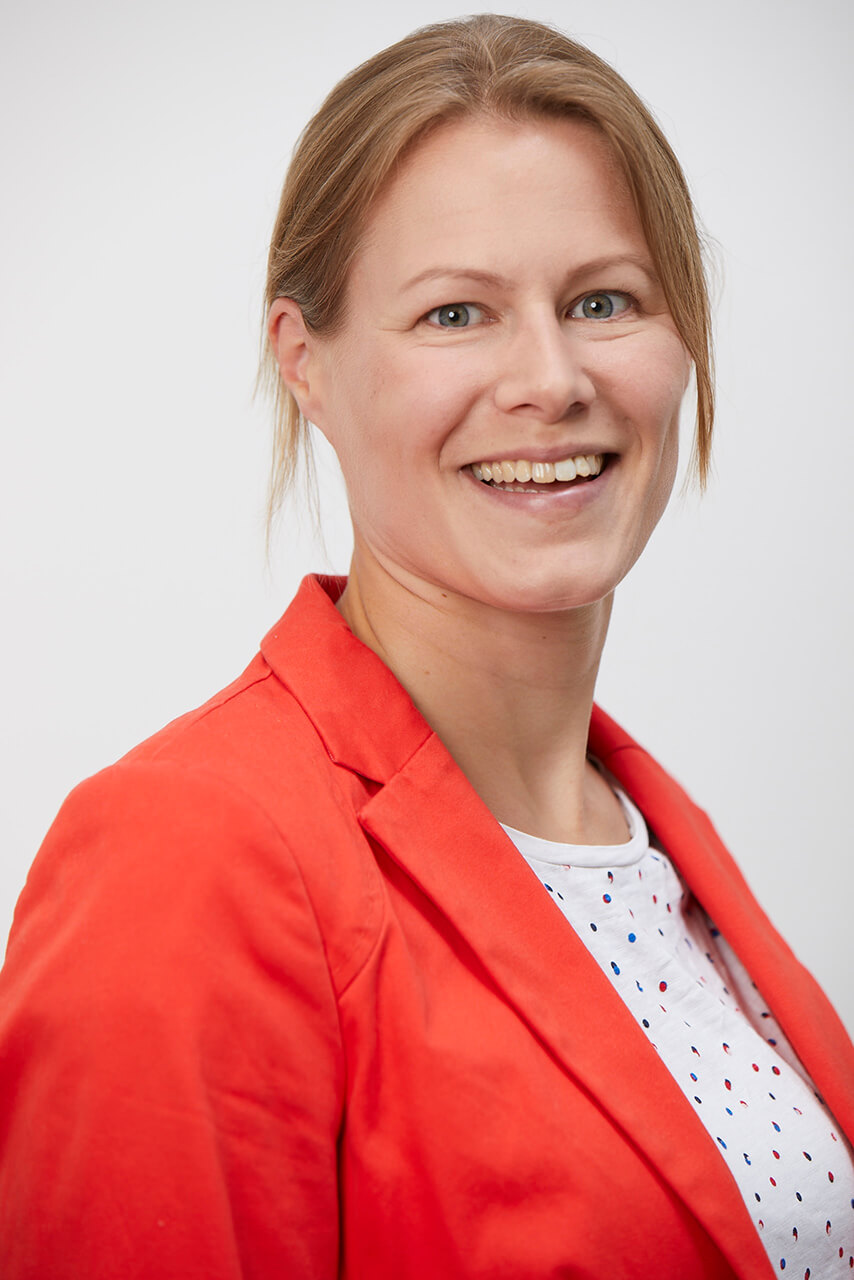 During her childhood, Sandra spent a lot of time at the PMT office or factory. "I've learned a lot there," she says. "We always lived carefully. As an entrepreneur, you always have to have some cash at hand, just in case. This is the most important lesson I've learned: you can only spend your money once. So when I was old enough, I got a job right away delivering newspapers to earn money myself."

Sandra wanted to be involved in the business from a very early age onwards. "I've seen how my parents designed the JASA buildings at the kitchen table. And I was there at the opening party. When I was a little older, I got to wear a pretty dress and come along to the events and fairs."

When Sandra was old enough to work, she started doing little jobs around the factory like sorting out bolts and nuts and later fixing up machines herself. She tried every job at JASA. "I've been to events and sold machines at our sales department," Sandra says.

Even though she learned a lot by being involved at the company at such an early age, there was another side to it as well. "My father was away a lot," she says. "He would be gone by the time I got out of bed and come home when I was already asleep."

A future in a packaging company

When she went to university, Sandra chose to study industrial design. The choice had nothing to do with the intention to join JASA, but she did learn a lot of skills she now can use in her current position. "I can draw in 3D in Inventor, and I know how to develop drawings and ideas. This is perfect for the job I have right now. Especially, since during my education I specialized in packaging development and international trade.

After that, I studied financial management at Nyenrode, which was followed by a management traineeship", Sandra says. "When I came to the end of my traineeship, my father asked if I wanted to come work for JASA as the CFO. I didn’t have to take long to think about this and I have never regretted it. I officially started in 2011." 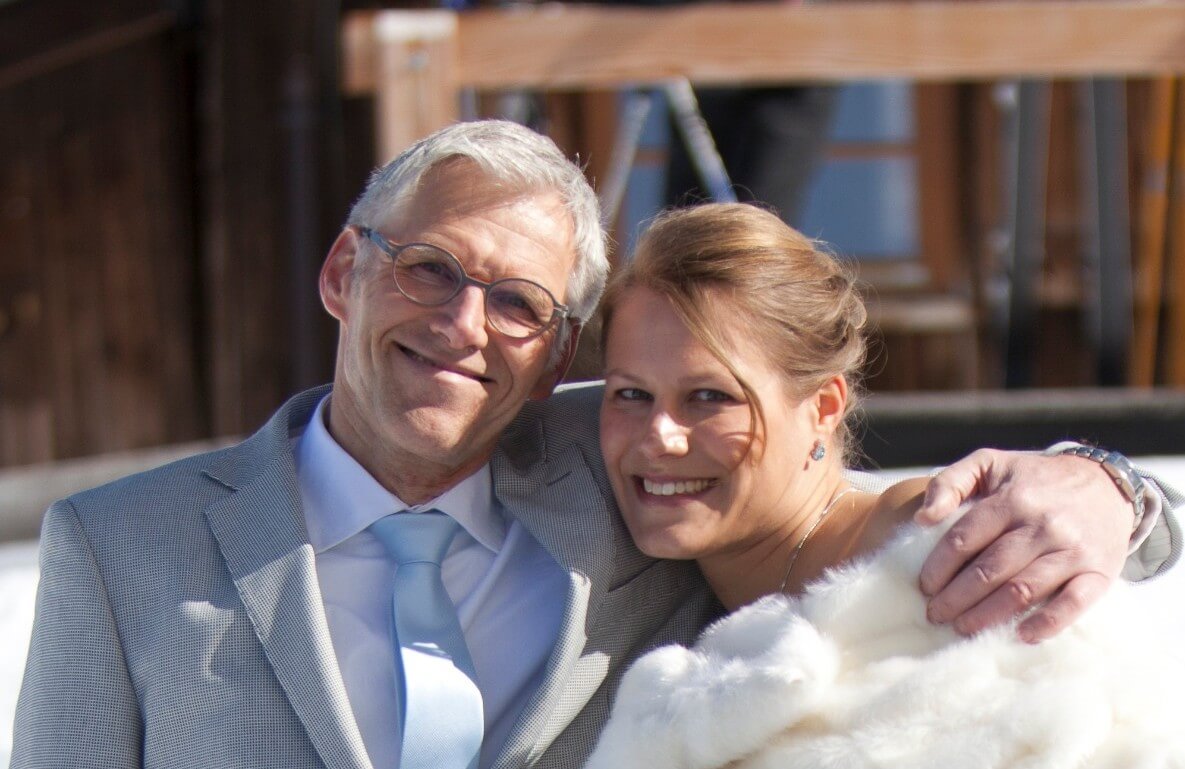 Sandra has a great bond with her father

"Working at JASA strengthened the bond with my father as well", Sandra says. "I got to know my father better and through that myself. I recognize a lot of myself in him and the way he does things and that has been really good for my own personal development. It's really great that my father is really open for change and development within the company as well."

The next step: JASA USA

Sandra and her family are at the start of their JASA USA adventure. With the family leaving for America, a new chapter started for JASA. "It feels very natural to go to America. It really is the next step for myself and for JASA."

This website uses cookies to improve your experience while you navigate through the website. Out of these, the cookies that are categorized as necessary are stored on your browser as they are essential for the working of basic functionalities of the website. We also use third-party cookies that help us analyze and understand how you use this website. These cookies will be stored in your browser only with your consent. You also have the option to opt-out of these cookies. But opting out of some of these cookies may affect your browsing experience.
Not-necessary
Any cookies that may not be particularly necessary for the website to function and are used specifically to collect users' personal information through analytics, ads, and other embedded content are called non-necessary cookies. It is mandatory to obtain user consent before running these cookies on your website.
Functional
Functional cookies help to perform certain functionalities, such as sharing the content of the website on social media platforms, collecting feedback and other functions from third parties.
Performance
Performance cookies are used to understand and analyze the main performance indices of the website, which help deliver a better user experience for the visitors.
Analytics
Analytical cookies are used to understand how visitors interact with the website. These cookies help provide information about statistics, number of visitors, bounce rate, traffic source, etc.
Advertisement
Advertising cookies are used to provide visitors with relevant advertisements and marketing campaigns. These cookies track visitors across different websites and collect information to provide customized advertisements.
Other
Other non-categorized cookies are those that are being analyzed and have not yet been categorized.
Necessary
Necessary cookies are absolutely necessary for the website to function properly. This category only contains cookies that provide basic functionalities and security features of the website. These cookies do not store any personal information.
SAVE & ACCEPT
Powered by