In the U.S, greenhouses for leafy greens are popping up like mushrooms. With this comes an increasing demand for flexible and high-quality packaging solutions. With 35 years of experience, this is precisely what JASA can offer. 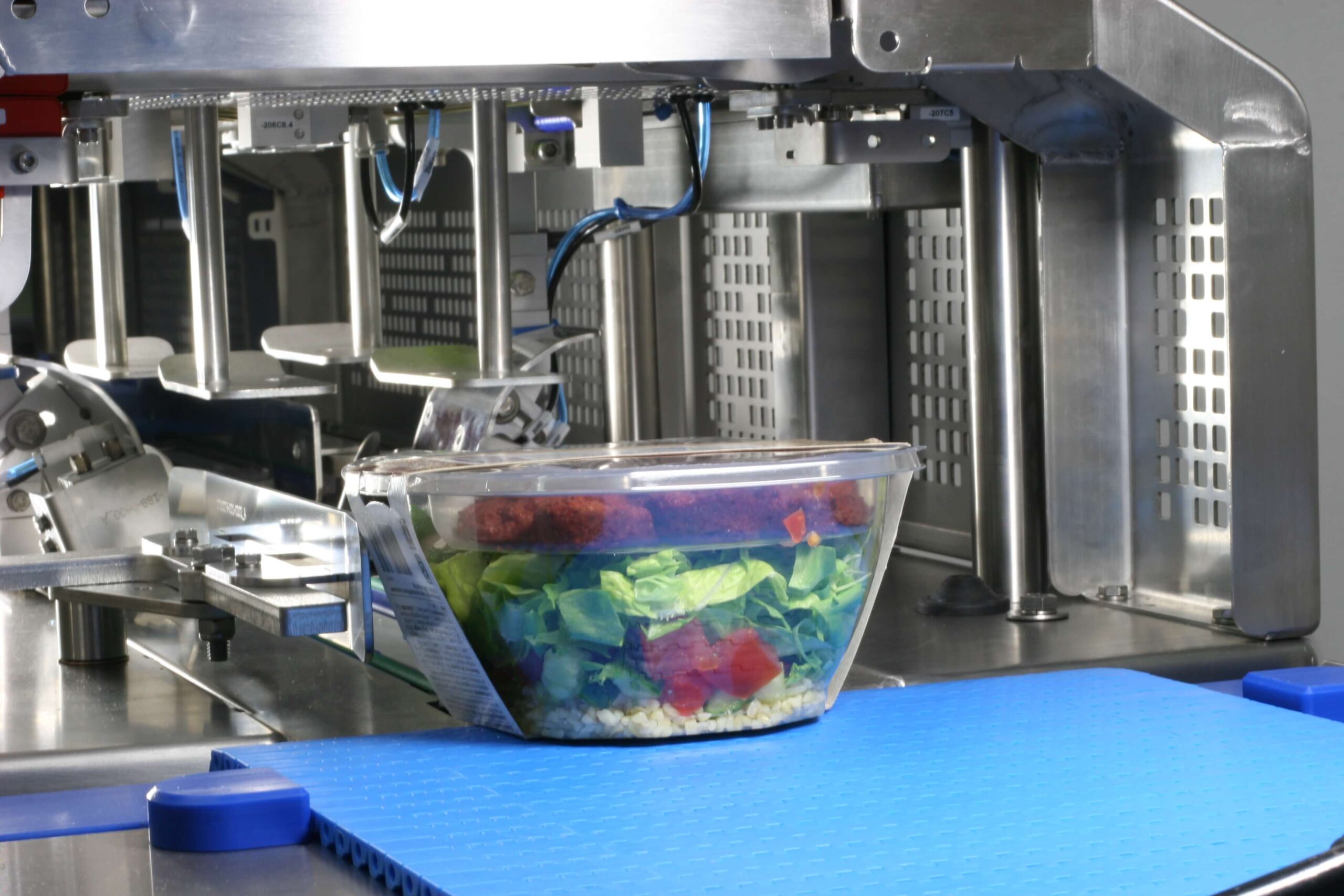 Greenhouses have become incredibly popular in recent years. There are many advantages of greenhouses compared to traditional agriculture:

COVID-19 also has played a role. The pandemic led to restrictions on both imports and exports. A country becomes a lot less dependent on imports with greenhouses.

The rise of greenhouses

Even before COVID-19, the global number of greenhouses was on the rise. With the exponential growth of the world population, more and more food is needed; at the same time, less land is available. The solution: greenhouses. Greenhouses make it possible to grow vegetables year-round. Greenhouses also require less space than traditional agriculture, which means that the global demand for food can be met with less space.

Greenhouse farming is increasing worldwide, but nowhere is the growth as fast as in the Americas. The development of greenhouses in North America is predicted to reach the highest CAGR (compound annual growth rate). Joost Somford, Senior VP Sales & Marketing at JASA Packaging Solutions, also acknowledges this: "We see the popularity of greenhouses growing across the U.S. Especially in urban areas, such to ensure that there is always a supply of fresh leafy greens in the stores."

From West to East

Until recently, almost all leafy greens were grown in California on the west coast of America. Next, trucks transport the vegetables across the country. It takes three to five days for the produce to reach the east coast, resulting in additional costs and loss of quality.

This is now changing rapidly, as is also noticed by Joost: "Three years ago we opened our American branch. Although leafy greens is just one of the markets we focus on, we immediately saw the massive growth in greenhouses and with that the additional demand for suitable, flexible, and innovative packaging lines."

As a result, from day one, after we settled in the U.S., JASA has been engaged in bowl and bag lines for leafy greens. JASA’s engagement stretches all over the country, from the east coast to the west coast, as greenhouses are popping up everywhere. " The location doesn't matter to us; we can supply and service complete packaging lines anywhere in North America."

In recent years, greenhouses for leafy greens have popped up like mushrooms in North America, just like it is impossible to imagine the Netherlands without greenhouses. The Netherlands has always been a pioneer in the greenhouse industry and was one of the first countries to implement advanced techniques in greenhouse horticulture. 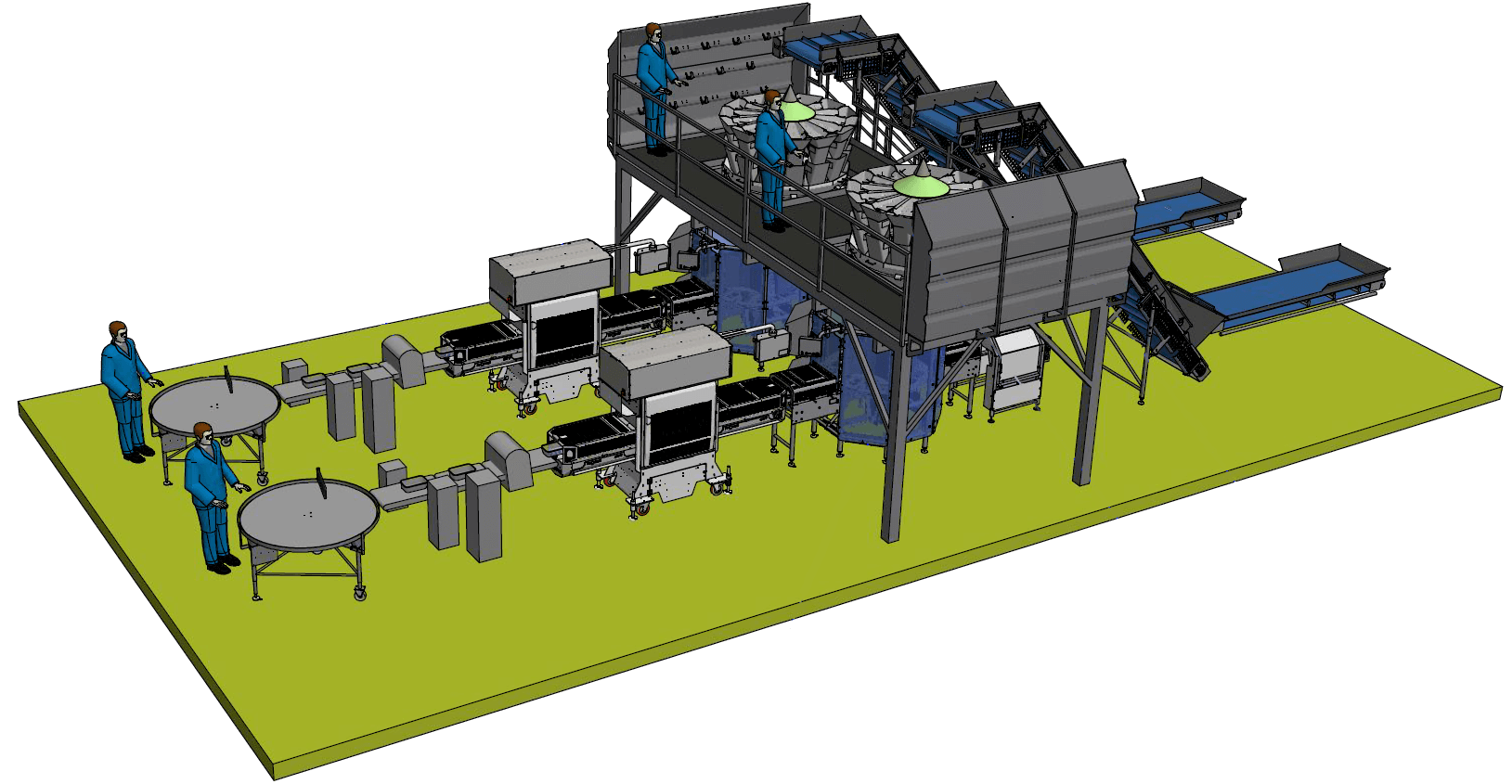 American companies are scarcely using the advanced systems we are familiar with in the Netherlands. That is one reason why JASA mainly collaborates with Dutch parties. "What also plays a part is that we can manage a project completely from the Netherlands by working with Dutch parties. That way, you avoid obtaining machines and parts from all different countries and different parts of America. This way, we can offer a complete project."

Complete packaging solutions are popular, as the explosive growth of greenhouses creates a high demand for high-quality packaging lines to pack all those leafy greens quickly and efficiently. "JASA stands for Dutch innovation and offers services and support throughout the entire process."

Another advantage is that JASA cooperates with various experts in the field of greenhouses, greenhouse construction, harvesting, washing, and mixing. "JASA is also a specialist in packaging leafy greens, and we additionally take care of the end of line, think of palletizing and case packing. In other words, JASA has the knowledge and expertise to both offer and supervise the entire process."

Next to quality and service is the demand for flexible packaging solutions, which clearly is JASA's area of expertise, stretching beyond merely flexible packaging solutions. "The buildings also require adaptability. Often we find a fixed object in the way, or we have to deal with a low ceiling. We can adapt our lines very easily to both the customer's needs and the building’s limitations."

Our flexibility does not compromise our quality. "Our packaging solutions are of Dutch quality. You can find that in the materials we use, the weight of the components and the quality of the stainless steel we use."

The packaging that comes off the packaging lines in America is of Dutch quality but looks different from what it would look like in the Netherlands. The first obvious difference is the size. In the U.S, bowls are filled up to 500 grams; in the Netherlands, most supermarkets' lettuce bags contain no more than 100 grams.

That is where the second difference is noticed: whereas people in the Netherlands are used to leafy greens in a bag, in America, they are packaged in a large plastic tray. "JASA also has years of experience with tray packaging; hence we are well poised to serve the American market as well." JASA's experience in tray packaging goes well beyond lettuce. For example, JASA also has tray lines for tomatoes, meal salads, and ready-to-eat packaging.

Part of the reason for choosing trays stems from the fact that in the U.S., more attention goes out to the design. On the shelf in a supermarket, a tray looks appealing. In the U.S, a lot of time goes into designing the packaging. It also involves a much larger market. Americans are more brand and market-oriented, also from a customer perspective." 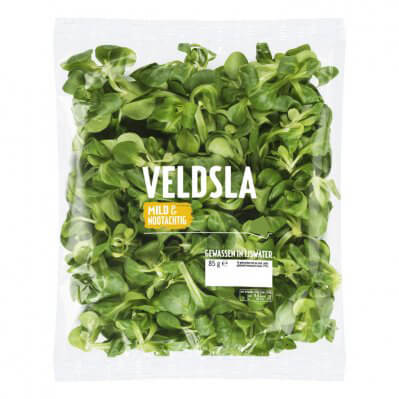 Dutch service in the U.S.

The packaging may look a little different in the U.S, but the Dutch way of working is well appreciated here. JASA reacts adequately and offers support and service throughout the entire process. From the start to delivery of a project and from service to maintenance afterward. JASA strives to build long-term relationships with its customers. JASA's complete service-oriented approach captures the attention of Americans.

"We can offer that extra service because we have 35 years of experience in packaging leafy greens. We definitely notice that people find it exciting that they are coached throughout the process."

Greenhouses are the solution to shorter transportation distances, crop protection from extreme weather conditions, and they offer the possibility of year-round fresh leafy greens without the use of pesticides.

JASA offers packaging solutions for leafy greens. As the only Dutch player in this industry in America, JASA distinguishes itself with turnkey solutions and Dutch quality and service. The family business from Alkmaar has gained a foothold in America. "We are proud of the fact that we have several successful projects up and running in America."

Are you interested in JASA's packaging solutions? Then please contact us, we are happy to answer all your questions.

Want to be the first to know about the latest innovations? Subscribe to our newsletter!