Entrepreneurial blood runs through the veins of the Pannekeet family. We mentioned before that both Piet Pannekeet’s father and grandfather ran their own business. Piet’s company, PMT, started with servicing machines and evolved into packaging machine specialist JASA. Even though Piet began on his own fixing up and maintaining cutting machines, it didn’t take long before he hired his first employee. It was the start of 33 years of JASA. 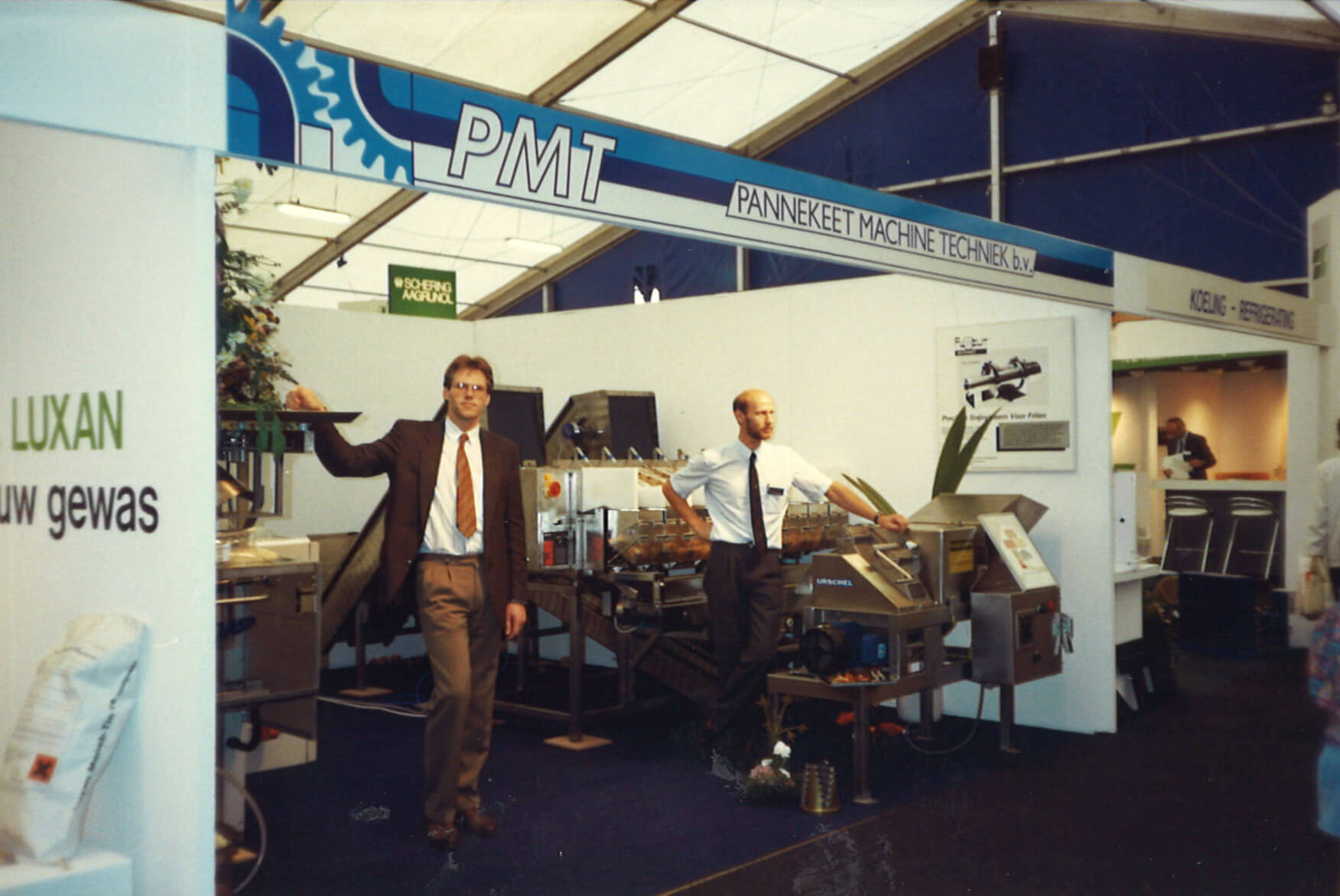 “I was always on the road to help customers,” Piet Pannekeet says. “I needed someone to help me repair and revise the machines as well as answering the phone.” PMT was doing so well that Piet needed to hire someone within the year. “The first person I hired was Nico Venneker, he just got out of school,” Piet remembers. “He worked at a company where he didn’t enjoy working. When I went over to his house, I was initially going to ask his brother to come work for me. But when I arrived, Nico’s mother answered the door and told me Nico was looking for a new job.”

Piet rented a workshop close to home where he could store and fix up all the machines. “Nico was very good with the machinery. He took everything apart, cleaned it and put the machine back together.”

Nico also answered the phone and talked to customers. In that time mobile phones were still nonexistent. “I always carried a pager with me so Nico could reach me. And after every customer visit, I called the office to ask Nico if there were any other customers in the area I needed to see before I headed off to my next appointment.” Nico stayed with JASA for a long time as the head of the technical department before starting his own company. 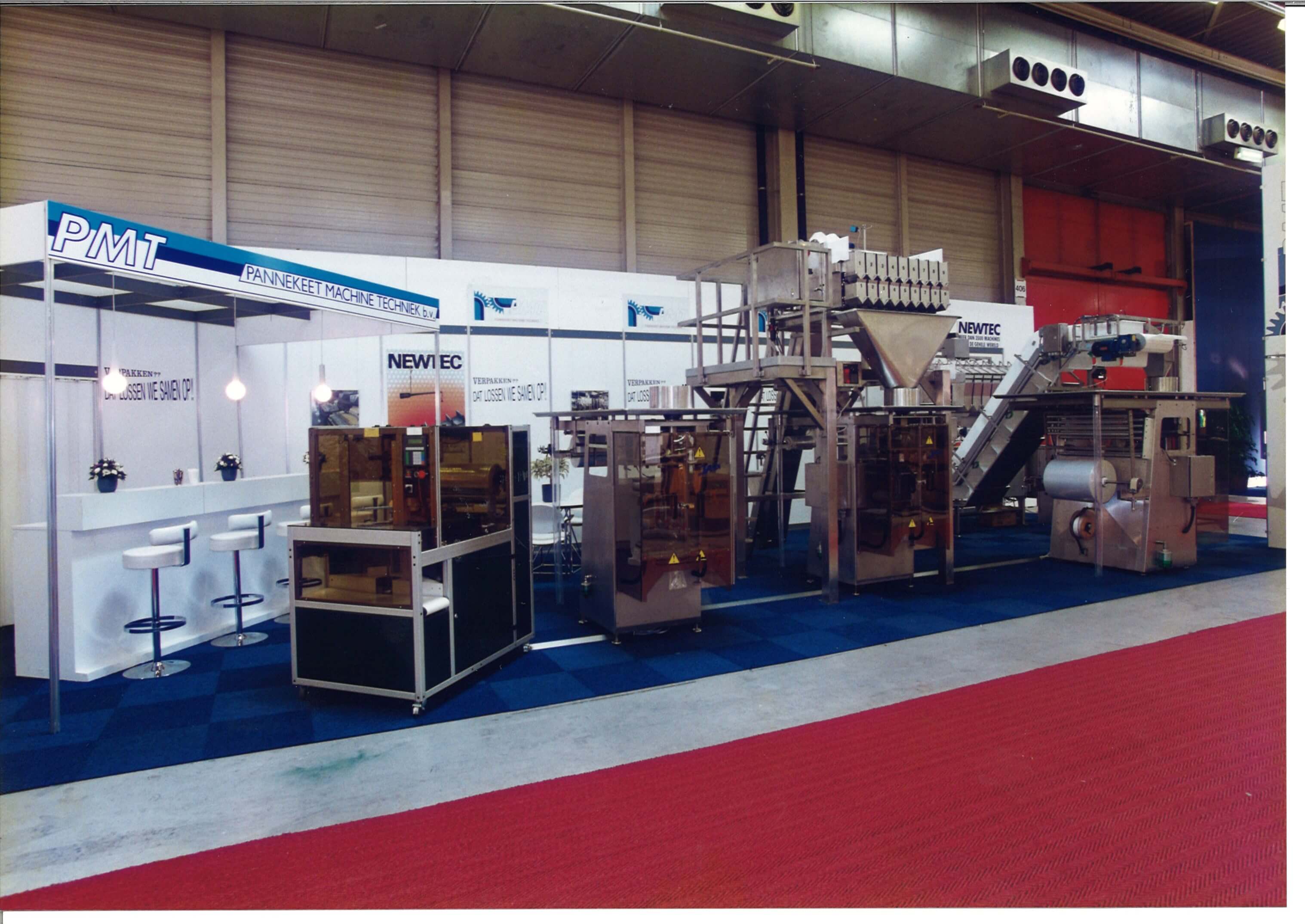 It didn’t take long before Piet acquired customers in Belguim, but the first customer in Finland was a special milestone. The project itself proved to be a great challenge because of the low ceilings. It meant the packaging machine needed to be built in a very specific way. This was the moment where Piet hired more service mechanics. “I went to Finland for a week to assemble the machine. If during that time customers in the Netherlands needed help, I wasn’t there to help them”, Piet explains.

In the beginning, PMT was known for servicing and maintenance of packaging machines, cutting machines, washing machines and centrifuges for vegetables. Later Piet stopped servicing the latter three and referred customers to companies specializing in these machines. JASA still maintains close relationships with the companies that specialize in the services that complement JASA’s.

It went so well for PMT that they grew out of their office and built the Hazenkoog 14 in 1994. Just a little under ten years later Hazenkoog 16 was built. To this day you can still find JASA here.

In 2005 the name PMT changed to JASA. It was a name that was better suited for international clients. “Some customers say the name JASA sounds a bit Chinese,” Piet Pannekeet laughs. But it couldn’t be further from the truth, JASA is a family business, and the name reflects that. JASA is derived from the names of Piet Pannekeet’s children: Jarno and Sandra.

At the moment JASA is growing fast and working on expanding internationally. Eduard de Haan is in charge of the day-to-day basis operations and works on standardizing processes and machine options. This makes it easier to sell to customers and to inform them of their options. It set a clear expectation of what JASA can do for her customers. This conflicts a bit with Piet’s ‘everything is possible’ and ‘we can build anything’ mentality, but he also sees that this improves the quality to make it easier for JASA to scale and sell their packaging machines.

“I’ve known Eduard for almost fifteen years through the UMA,” Piet says. “After Eduard sold his last company I asked his advice on improving our processes. He loved working at JASA and let me know he was looking for another company to invest in and wanted that to be JASA.”

Since Eduard came aboard, JASA is growing. All processes are being streamlined, and things are viewed from all angles. “We used to just focus on the technique of the machines,” Piet explains. “Eduard focusses more on processes, marketing and is a real initiator. For instance, he says: build a zero series and see how you can improve on that. We really embraced that, and that’s something you can see in the Next Generation Sleever and its development process.”

Now that JASA is crossing the border to the USA, standardizing is more important than ever. With a clear focus and product, it’s easier to conquer the American market. Something Piet is excited about: “I love seeing all these new development. And I think forsee things are going to come out of this.

This website uses cookies to improve your experience while you navigate through the website. Out of these, the cookies that are categorized as necessary are stored on your browser as they are essential for the working of basic functionalities of the website. We also use third-party cookies that help us analyze and understand how you use this website. These cookies will be stored in your browser only with your consent. You also have the option to opt-out of these cookies. But opting out of some of these cookies may affect your browsing experience.
Not-necessary
Any cookies that may not be particularly necessary for the website to function and are used specifically to collect users' personal information through analytics, ads, and other embedded content are called non-necessary cookies. It is mandatory to obtain user consent before running these cookies on your website.
Functional
Functional cookies help to perform certain functionalities, such as sharing the content of the website on social media platforms, collecting feedback and other functions from third parties.
Performance
Performance cookies are used to understand and analyze the main performance indices of the website, which help deliver a better user experience for the visitors.
Analytics
Analytical cookies are used to understand how visitors interact with the website. These cookies help provide information about statistics, number of visitors, bounce rate, traffic source, etc.
Advertisement
Advertising cookies are used to provide visitors with relevant advertisements and marketing campaigns. These cookies track visitors across different websites and collect information to provide customized advertisements.
Other
Other non-categorized cookies are those that are being analyzed and have not yet been categorized.
Necessary
Necessary cookies are absolutely necessary for the website to function properly. This category only contains cookies that provide basic functionalities and security features of the website. These cookies do not store any personal information.
SAVE & ACCEPT
Powered by